It was love at first sight during a snow ball fight in a snow storm. Stew face washed Alicia with a snow ball and they’ve been hanging out ever since. Stew and Alicia live in Northwest Washington, on their first real date he took her to a spot out on Chuckanut Dr. over looking Puget Sound & beautiful Chuckanut Bay. 2 1/2 years later he took her back to watch the sunrise and asked her to marry him! She said yes! He had the ring custom made by a local jeweler because she’s in love with sapphires.

Alicia and Stewart are two very happy people! I was so thrilled when Alicia contacted me and asked me to photograph their wedding. She wanted to know if I could start from the time they woke up on their special day…. what a novel idea, I loved it!

I knocked on the door to their beautiful suite located in the Palace tower at the Hilton Waikoloa Village at approximately 8am, to find the two of them lounging over a leisurely room service breakfast. They were so relaxed. We went back into the bedroom for a do-over wake-up photo session,  I had an idea of them having a pillow fight (with a feather pillow that just happened to spill a few feathers, naturally!). Alicia and Stewart were up for it. I love it when couples just feel like friends you have known forever. That is exactly how I feel with these two. It was so FUN! 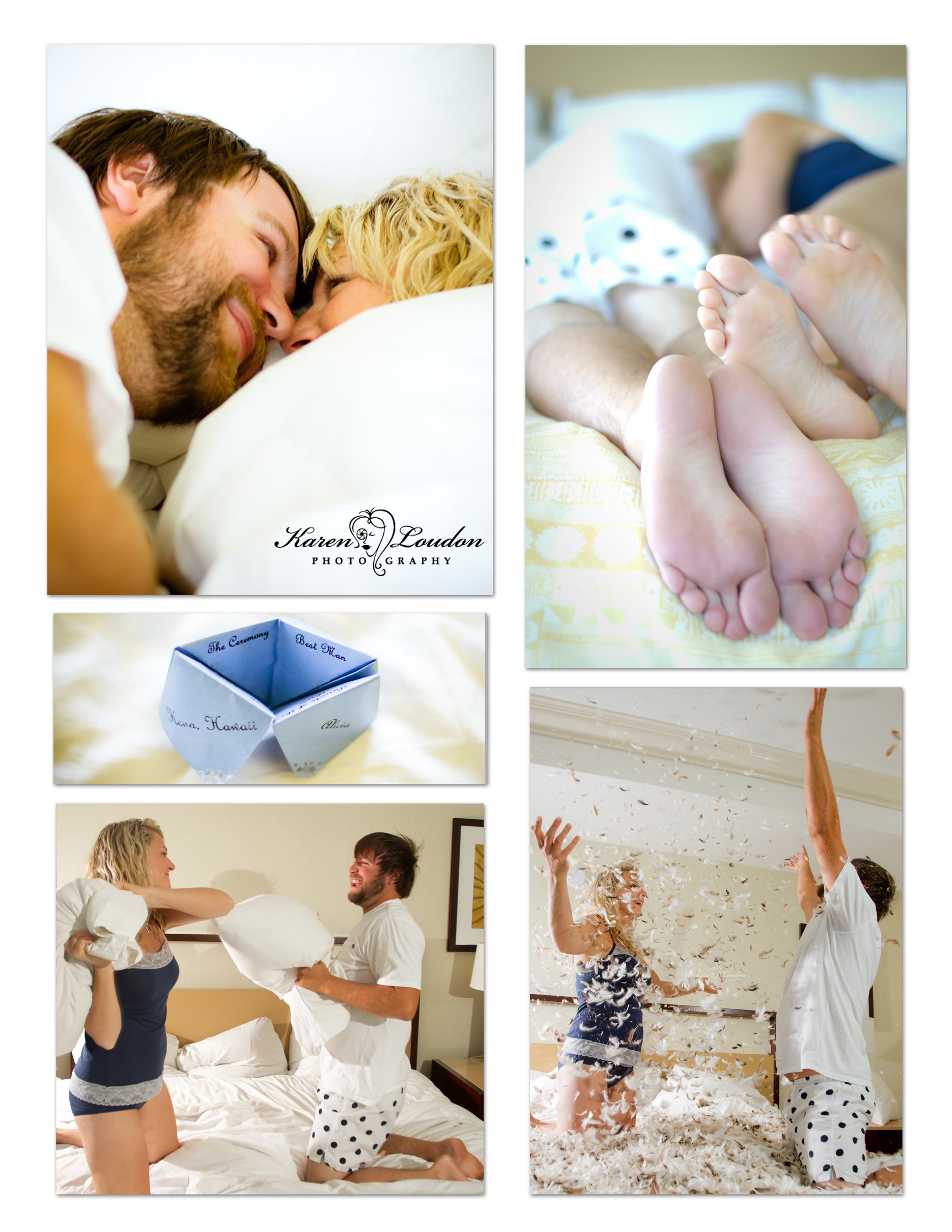 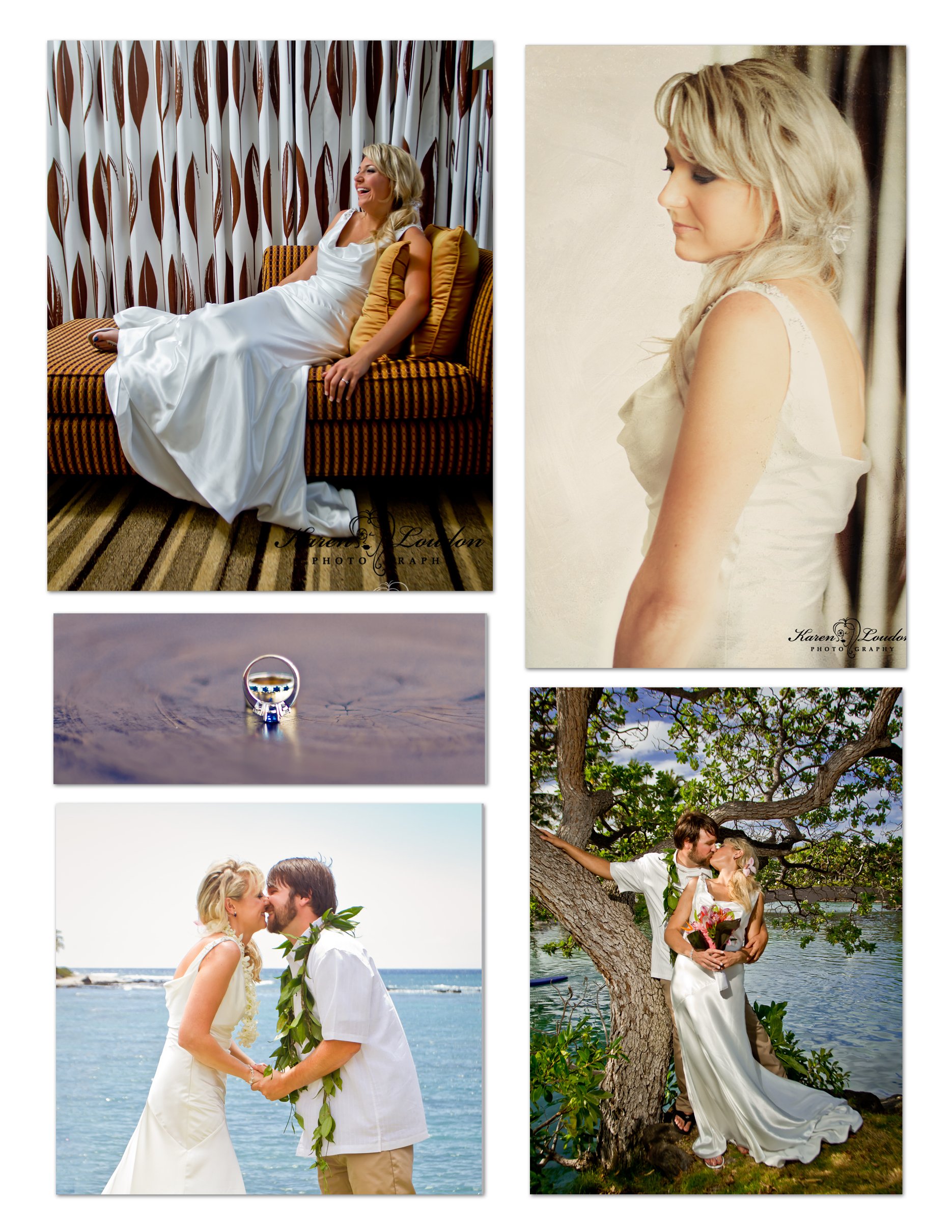 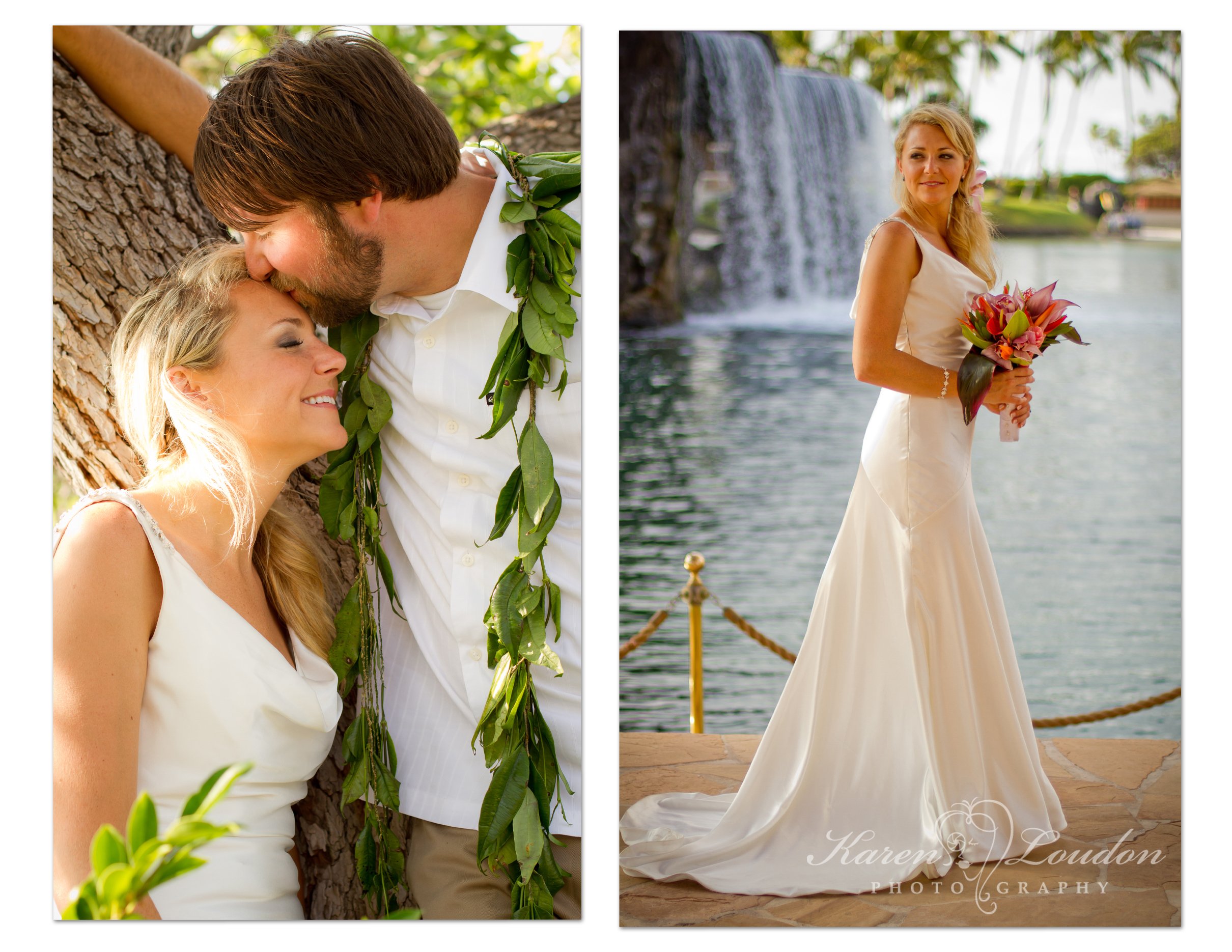 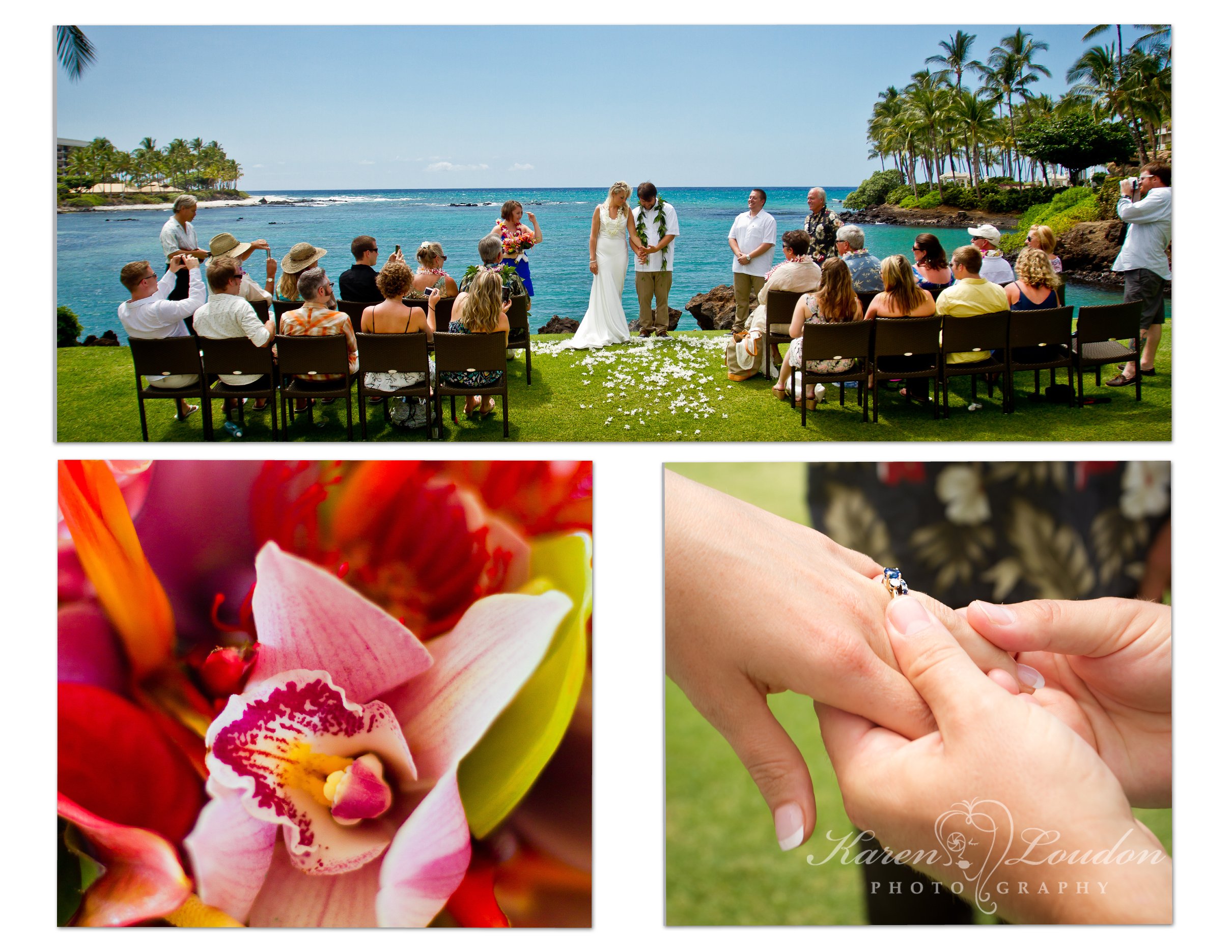