Terre and Mat are the kind of couple that inspire you to love.

They met in 2008 in Kailua, Oahu at Morning Brew which is a coffee shop (they are both coffee fanatics). Terre was studying for nursing school finals and Mat was having lunch. They’ve been drinking buddies ever since!  They loved living in Oahu – they enjoyed hiking and their first official date was a hike at north shore. Mat is a skin diver and Terre likes to snorkel so they would go to the ocean as much as possible. He proposed on Christmas Day 2009 first thing in the morning after they had both just gotten up. Mat had the engagement ring made in Germany and he did not expect it to arrive so soon, but because it had, he thought Christmas would be perfect – and Terre agreed !  They decided to move to the mainland because they thought  it would be best for a growing family in the future. They’ve settled in Austin, TX. Now they have a 4 bedroom house and they can’t wait to fill the rooms with children!

Initially, they thought their Hawaii vacation was just going to be that, but they could no longer wait – they really wanted to get married.  A big fancy wedding was not important to them. On a trip to Terre’s hometown (NYC) in July, they managed to get custom made wedding rings done within days, then they decided to look for a small chapel in Hawaii where they could say their vows in a church. Terre happened upon photos of Ke Ola Mau Loa Church (the Green Church) in Waimea when surfing the internet, and contacted Rev. Terminello, who was very accommodating.

The church was even more beautiful in person than in the photos. The simple ceremony started and ended with Hawaiian blessings. It was sweet and beautiful and just felt natural. Terre’s bouquet was picked from a plumeria tree that morning. After the ceremony the newlyweds drove straight to Mauna Kea Observatory in their wedding attire. They took pictures up there and other visitors complimented them on being the best dressed tourists. The “reception” was at the shops at Mauna Lani. The Sunday following the wedding they attended services at the church. Rev Terminello, the Kahu of the church, and the church goers were very friendly, and invited them to lunch afterwards.

I didn’t meet Terre or Mat before their wedding, in fact our photo session was the day after the real wedding. Rev Terminello was also nice enough to open the church again the next day. it didn’t matter one bit.  From the second Terre and Mat emerged newly married from their rental car, they were grinning from ear to ear and ready for photosAfter spending about 45minutes taking pictures at the church,  we headed off to Hapuna Beach in time for a beautiful sunset.

Terre and Mat were were married on August 10, 2011 on the Big Island of Hawaii. 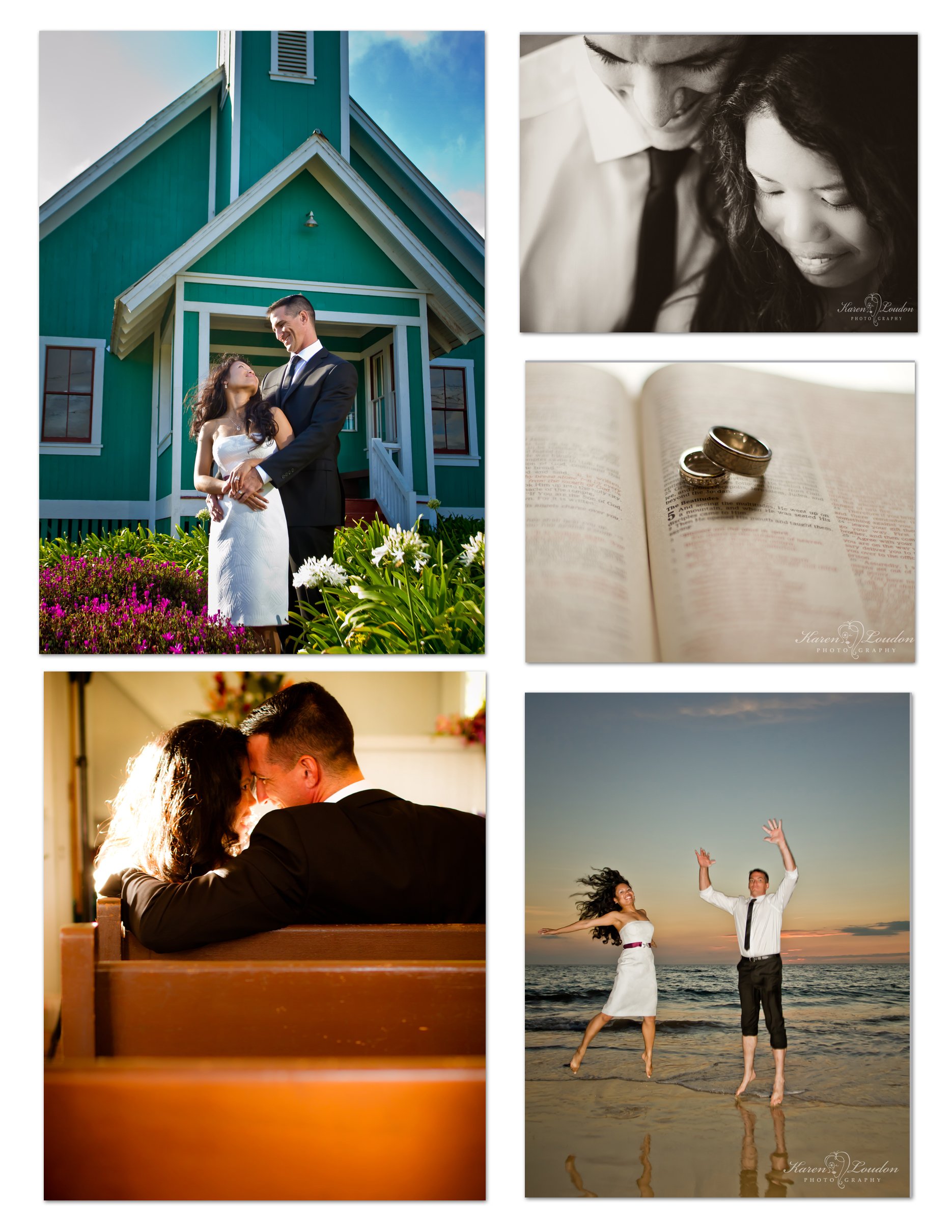 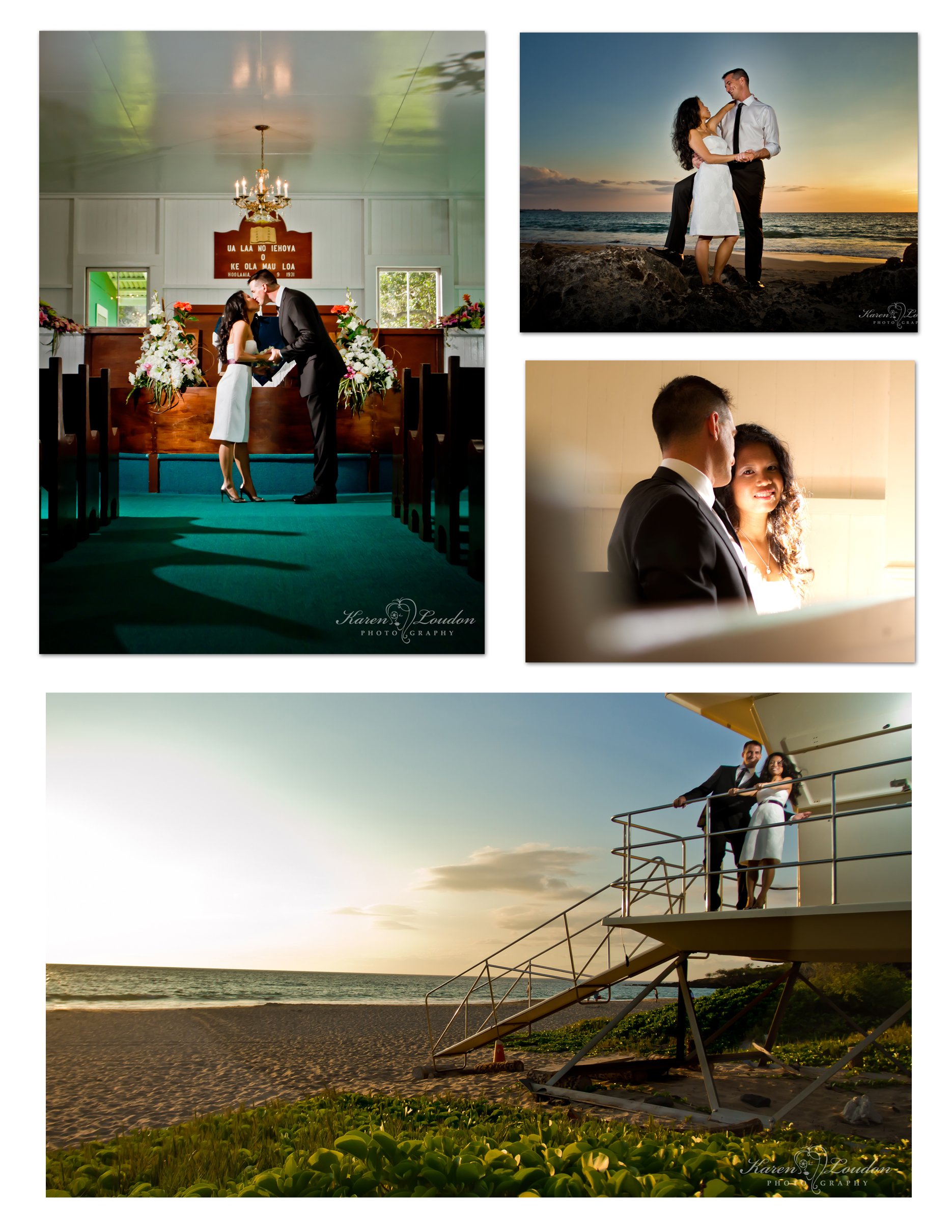